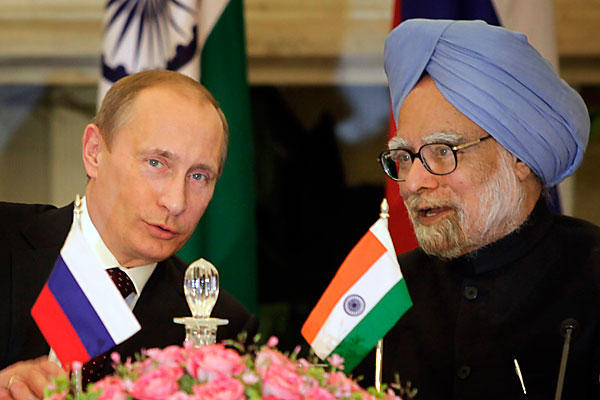 India and Russia agreed to clear the USD 2.5 billion Rupee-Rubble debt on wednesday. Both the countries have agreed to reinvest the debt funds for investments in projects in India and Russia.

The decision came at the end of the 11th session of Indo-Russian Inter-governmental Commission in Moscow today. Russian Deputy Prime Minister Zhukov, who co-chaired the meeting along with Indian External Affairs Minister Natwar Singh said the modalities for re-investment will be worked out by experts in due course of time.

Natwar Singh said an important area for cooperation with Russia is in the energy sector.

However, the Russian side is understood to have expressed concern over the delay in India concluding the bilateral negotiations on the subject.

Moscow is keen that these negotiations are concluded before the December Summit between President Vladimir Putin and Prime Minister Dr. Manmohan Singh in Moscow.