The word “skyscraper” dates back to the 1880s when the first such structures were built in the United States. There had been tall buildings before that, such as towers and cathedrals, but none had achieved quite the height or left the same impression on the collective consciousness. Perhaps there has always been a drive for human beings to create the largest structures they can, but a number of technological advancements in the late 19th century made skyscrapers possible.

Not only are revolving doors frequently found in skyscrapers, but they were actually invented specifically for high-rise buildings. The idea was to prevent a rush of cold air from entering a building when someone opened the door to enter, which changes the air pressure inside the building. A revolving door prevents this draft by not directly connecting the inside and outside.

Revolving doors have been around for over 150 years and are still in use today. For safety’s sake, revolving door code compliance is still important.

Steel is an alloy of iron and carbon developed during the Industrial Revolution. Before steel beams existed, the walls of tall buildings had to be very to support their weight. Because steel is so much stronger than the building materials in use at the time, it was able to support the weight of the building without the thick walls that resulted in dark, cramped rooms.

The taller that skyscrapers became, the more vulnerable they were to damage from the wind, which would cause the building to sway back and forth. This was alarming for the people inside and potentially dangerous. There was a real danger that the wind could blow a skyscraper over completely.

Reinforced concrete is poured around rebar, which is a grid-work of steel rods. When the concrete dries, the steel makes it stronger without requiring it to be any heavier. This makes it more resistant to the forces that the wind can exert. Compared to the 200-foot structures built during the 1940s, the tallest skyscrapers in the world today must be 50 times stronger to stand up to the wind at a height of approximately 1,500 feet.

Skyscrapers were not built merely to impress. In urban areas where real estate is in short supply, building upward instead of outward is a more efficient use of space. Nevertheless, there may be a component of pride involved in designing and building a construction that towers above the others. In some cases, this may contribute to the decision to build one large building instead of two shorter ones, which would be more cost-efficient. 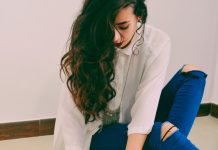 3 Tips For Choosing Your Hair Extensions 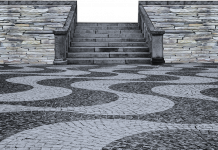 Advantages of Using Pavers in your Home 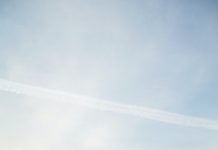 4 Upgrades for Your Garage Work Space 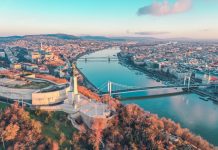 Travel Back In Time In Budapest 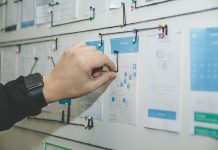 PMP vs Prince2, Important Differences You Should Know

Top 5 Beaches You Must Visit Before You Die

How To Have A Body Positive Mentality