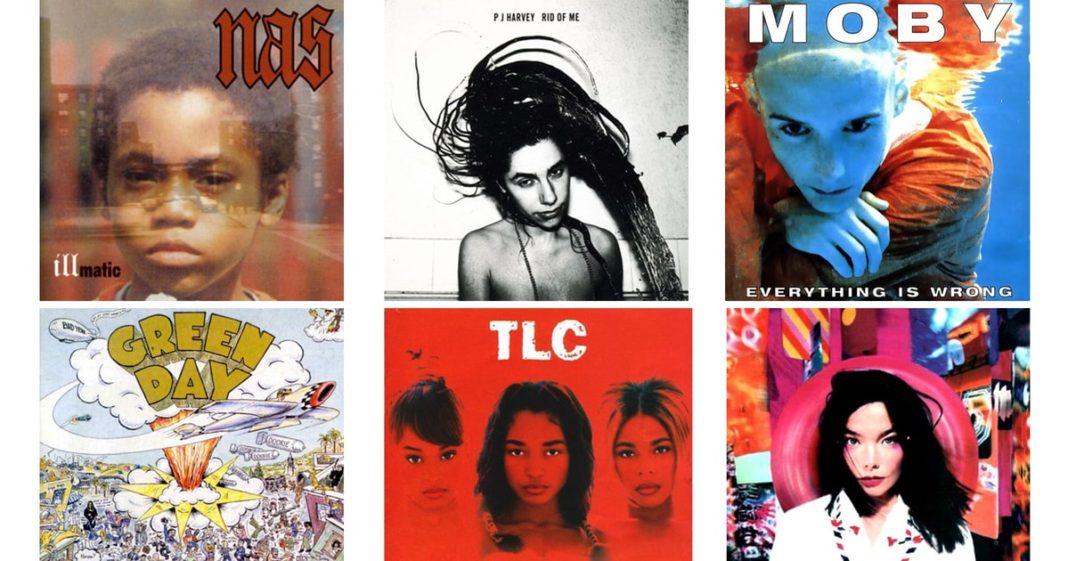 When many people think of musical decades, it’s easy to think of the 70s and 80s. Yet, as generations get older, so does their music become part of music history. Maybe it’s about time, then, that the 1990s got more recognition.

The early 90s were full of rock, punk and similar sounds. One of the most recognisably 90s, and one that many identified with, was the grunge and rock noise of Nirvana. Although they had two albums in 1990, the band’s 1991 release was easily the most memorable. It’s easy to see why; the album opens to the sounds of Smells Like Teen Spirit. Throw in a few other choice singles, such as Come As You Are and Lithium, and you have a highly distinct and shelf-worthy album for your collection.

Just as the early 90s saw an exploratory stage for rock and grunge, so did the latter end of the decade feature more electronic music, with hip hop, dance and other genres coming into focus. One of the distinct bands present in this era has to be Massive Attack. Whilst the trip hop genre has had its heyday, Mezzanine still stands as both one of the bands best albums, and a high-quality example of the sounds of the late 90s.

Oasis were, according to many music fans, the band of the 90s; their popularity has only increased in time. As such, it’s difficult to pick one album from this band. Whilst some may prefer Definitely Maybe, it’s What’s The Story Morning Glory that has some of the most well known Oasis tracks.

With the likes of Wonderwall, Roll With It, Don’t Look Back In Anger and Champagne Supernova, the album is a breath of fresh air from start to finish. The band might be long gone, but What’s The Story Morning Glory always deserves space in your collection.

Despite the odd title, this album is a pure example of some of the best electric sounds coming out of the 90s. Aphex Twin is an artist known for ambient techno and this album doesn’t let you down.

Techno and other related music grew large followings in the 90s as cultures and nightclubs embraced modern music. Aphex Twin was, and arguably still is, one of the acts behind this. If you only have one album of such music, make sure its Aphex Twin.

One of the earlier, and bigger, alternative rock bands, Radiohead were a band with a niche following that grew bigger and bigger with each single throughout the 90s. Their 1997 album OK Computer stands as a perfect example of the bands work. With singles such as Paranoid Android and Karma Police this is an album that’s lively and relaxing in equal parts.